WE PROUDLY PROVIDE INSTALLATION, MAINTENANCE, AND SERVICE ON ALL MAJOR BRANDS

The philosophy behind the ownership transition is that you would not know anything had changed as all our business operations remain the same. Jerry is remaining in sales and will be a director on the board.

Most employees remain in place and all are now involved in the ownership of NRI.

The transaction was a share purchase so it’s the same Nationwide Refrigeration Inc with the same legal corporate entity and tax ID.

Our new president is Ryan Shinnick. Ryan will be taking over the business duties and management of NRI. Ryan spent 10 years in the Navy as a nuclear submarine warfare officer followed by 2 years earning his MBA at London Business School and 3 years working for Campbell’s Soup Company in project management. I believe that this experience, combined with his passion for doing the right thing and putting the customer first will serve Ryan well in his new role.

We are continuing with all our same customers and vendors. We value and appreciate the relationship with every one of you. It is because of you that NRI has been a successful company for 46 years.

We welcome you to contact us with any questions regarding this exciting news. 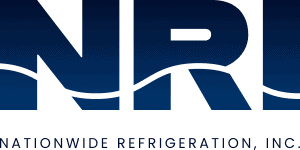